As you might know, Singapore scores pretty well amongst the world’s smart cities – Otherwise, why else would they shoot WestWorld here?

That said, we’re not the only one out there. Cities around the world are all racing to compete as ideal places to live, work and play, improving the lives of their citizens.

Smart cities have numerous benefits, including reducing wastage, saving on manpower costs, being environmentally sustainable, and of course, improves the lives of its citizens by making government services either more accessible, or more efficient.

As part of our 3-part New Year special series, we’re taking a break from looking at initiatives in Singapore, and focusing on some other smart cities around the globe instead.

First off, the capital of Holland - Amsterdam 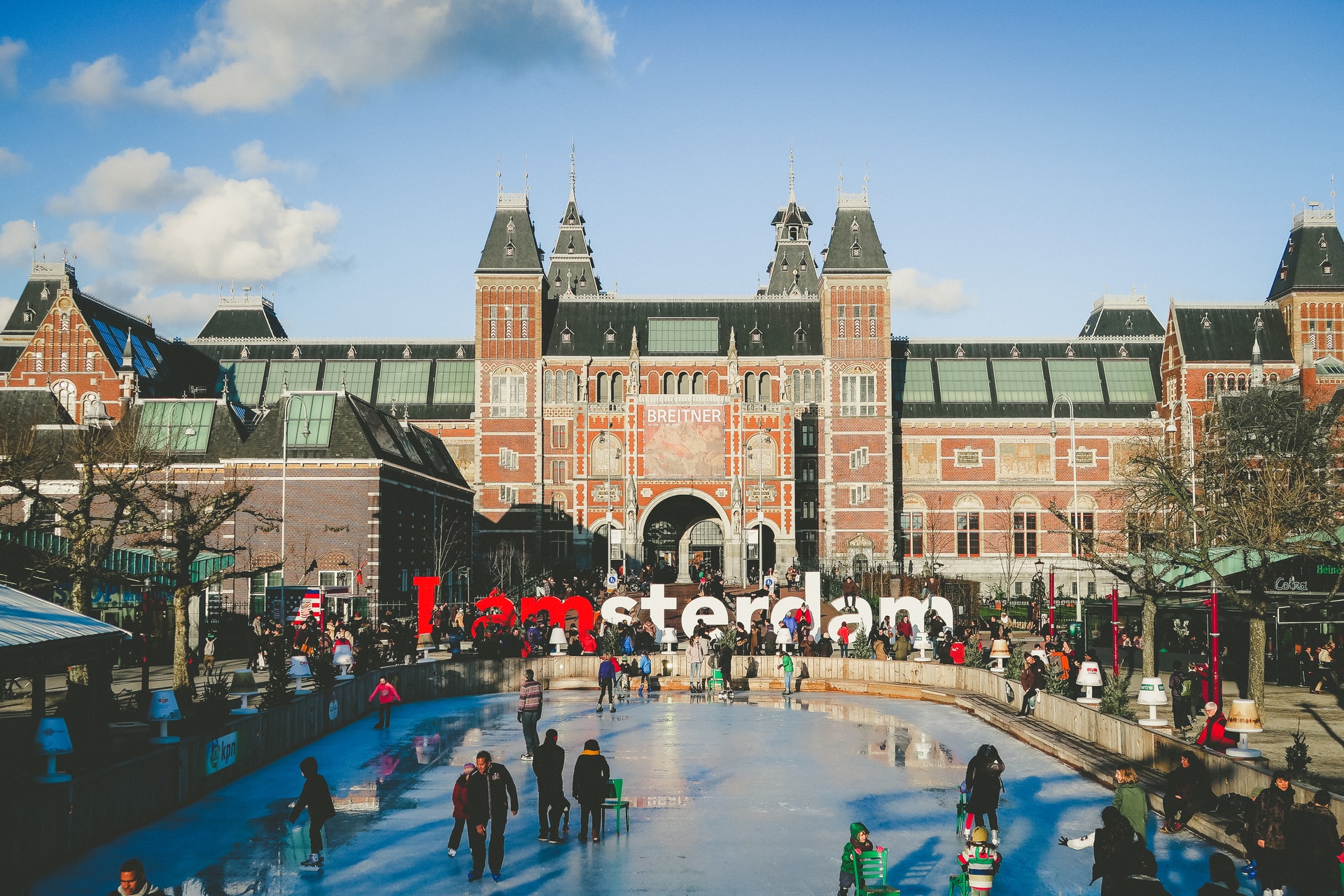 Lets check out what our friends in Amsterdam have been up too! PHOTO: UNSPLASH.COM

Fun fact: Apart from being amongst the world’s top 10 smart cities, Amsterdam shares more than a few similarities with Singapore. It was once a fishing village, and though our urban landscapes differ, their colourful 17th century low-rise historical buildings are somehow reminiscent of our Straits-Chinese shophouses (if you use a little bit of imagination).

They say great minds think alike – let’s see what our Dutch friends are up to! 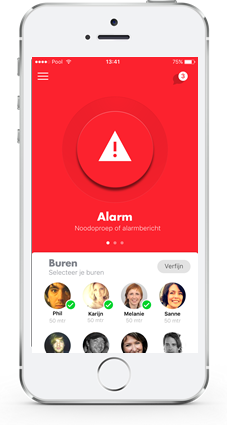 Read on to find out how The Mijnbuur app aims to foster a sense of social responsibility. PHOTO: https://www.mijnbuur.nl/

The Mijnbuur app is probably the most wholesome thing you’ll hear about. It connects you with your neighbours, the local police, or your neighbourhood director if you’re in need of help (be it a robbery, or if some day-to-day maintenance issues). In the Netherlands, apartment owners are expected to work together to maintain and keep their apartment complexes clean.

This is done through the charging of a monthly fee, and you’ll be able to request for compensation from the pot of accumulated finances if, for instance, your neighbour’s pipes were to burst and damage your ceilings. Or, you could just use the Mijnbuur app to get a coffee with your neighbours. The best part: you don’t have to know Dutch to use the app, it auto-translates your messages for you.

Singapore’s One Service app serves a similar function, except you won’t be liaising with your neighbours, but your feedback on municipal issues will directly be routed to the relevant agencies.

Ultimately, the aim of the Mijnbuur app is to foster a sense of social responsibility, and to allow neighbours to peacefully solve disputes among themselves. Besides improving community relationships, data from the app provides government agencies with a clearer idea of the common issues faced by residents in different neighbourhoods. 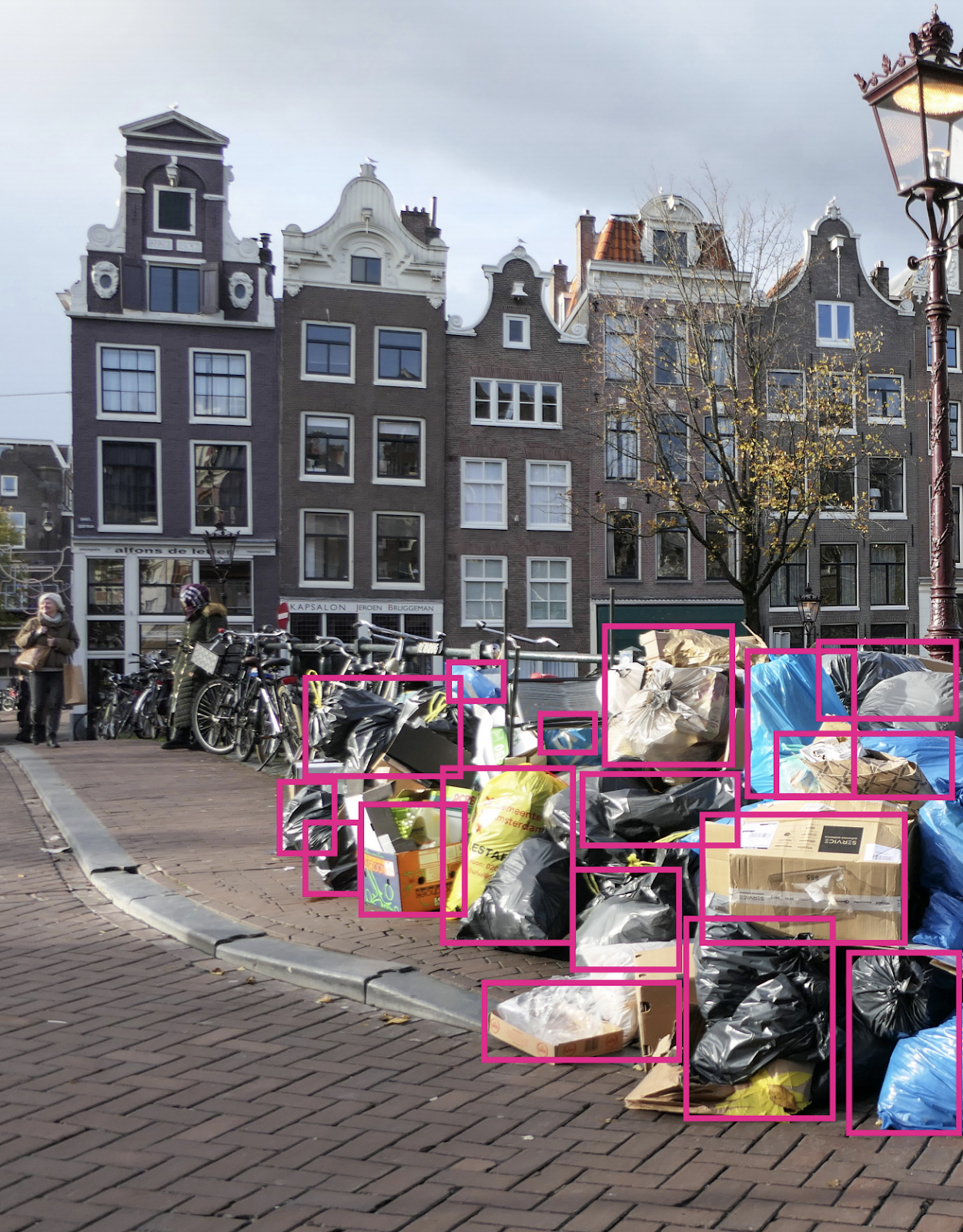 Waste management has always been a challenging task for modern cities. Each area has its own pattern of garbage production and the optimisation of waste collection helps to both reduce costs and maintain the cleanliness of the city.

As the city of Amsterdam relies on its residents to drop off their trash bags at designated collection points at specific times, the collection process has to be optimised to avoid the accumulation of trash at these points.

To counter this problem, Amsterdam is currently teaching an image recognition system to identify different types of waste, and its garbage trucks will soon be fitted with smart cameras which can quantify the amount of rubbish there are on the streets and at collection points.

In Singapore, we manage our waste slightly differently – waste is consolidated in rubbish chutes and bins. That said, towns in Pasir Ris and Tampines are rolling something out that’s pretty similar – a smart waste system that informs collectors when the system is almost full!

The stress of driving is sometimes too overwhelming, especially if you’re hyper-aware of the line of cars queuing up behind you as you very slowly and shoddily attempt a parallel park. In fact, a whopping 30 percent of city traffic is caused by drivers seeking a parking space. Finding a parking space faster would thus lead to a reduction of congestion, fuel use, air pollution levels and of course, drivers’ stress levels.

Smart Flow, an IoT cloud-based platform, monitors sensors to report traffic flow and parking availability across Amsterdam. When Smart Flow was first launched, the average time required to find a parking space was significantly reduced by 43 percent. On top of that, it helps drivers to make more fiscally responsible choices by listing the cheapest options within the area.

Well, Singapore isn’t too far behind either with something in the works by our very own ST Electronics - the Smart Car Park Platform. Combined with smartphone technologies, drivers will eventually be able to search and book for car park spaces, check parking rates and even apply for season parking through the mobile app.

Energy efficiency is one of the biggest goals of a smart city. Unfortunately, though the lights along the streets of many cities use timers or light sensors to limit the length of time the lights are turned on for, the intensity of the lights cannot be adjusted. Not only is this a waste of energy, light pollution can pose a threat to the health of wildlife and plants.

To solve these problems, Luminext developed an urban lighting system that regulates light intensity according to the needs of citizens. This smart lighting system operates through remote sensors, and can also be adjusted from a control centre depending on how bright or dim specific streets the city authorities desire them to be. Streetlights reach maximum intensity once vehicles or people pass by and return to the lowest intensity when the motion sensors do not detect anything in its periphery.

Back home, we’ve also realised the potential for lighting systems to improve urban planning and operations. Our smart lampposts in Singapore may not adjust their intensity automatically, but they do have sensors that can detect and monitor changes to environmental conditions like humidity, rainfall, temperature and pollutants in the air!

In addition, mounted cameras have analytic capabilities to count and analyse crowd build-ups, as well as count, classify and monitor the speed of Personal Mobility Devices (PMDs) to enhance safety in public spaces!

So there you have it – great minds (and great cities) do think alike!

Stay tuned for the next Smart City, Helsinki!